Skorrastaður, the home of Skorrahestar, was owned by the church before it was bought by Doddi’s ancestors over 100 years ago. The parish in Norðfjörður and the fjords around it was named after the farm and called Skorrastaðarsókn. Iceland became christian when it was decided on Althingi around the year 1000. During the next 300 years parishes were established around Iceland and among them Skorrastaðarsókn. At Skorrastaður many churches have stood though the centuries but the last one was destroyed in a big storm 8. March 1896. It was then decided to move the church to the town and it was built there and ordained 24. January 1897.

Guðjón Ármann, Doddi‘s grandfather, was raised at Skorrastaður by his uncle. When he grew up he bought half the farm. Guðjón was a good farmer and a hard worker. He was very social, sang a lot and loved to dance. He was the life of every party and kept in good contact with his extended family. Guðjón constantly strived to improve his livestock and land. He was an excellent horseman and always owned good horses and in spite of being exceedingly fleet footed, he also traveled on horseback a great deal. He bought herds of horses and brought them to Norðfjörður, where he sold some of them and kept some for himself. The horse he loved most was Smyrill, gray and rather small, but very spirited and smart. Many of Doddi’s relatives claim that he is very much like his grandfather. Guðjón died at the age of 91. His wife was Sólveig Benediktsdóttir from Akureyri. She was an excellent homemaker and loved singing, like her husband, but was slightly more reserved. She died at the ripe old age of 88.

Jóna Ármann and Júlíus Óskar Þórðarson were Doddi‘s parents. They moved to Skorrastaður in 1950 and initially lived with Jóna‘s parents, Guðjón and Sólveig. They then built Skorrastaður III and lived there for the rest of their lives. That is where Doddi was raised, playing and working on the farm where they raised horses, sheep and cows. Julius was a very enthusiastic and committed farmer like his father in-law. He brought new farming methods to Norðfjörður. He liked to keep the farm neat and tidy and he wanted to own the best looking houses, livestock and fields. He succeeded and this was noticed by people who visited the Norðfjörður farmland. Julius was a great storyteller, but not much of a singer. He was not as good a horseman as his father in-law, but his wife, Jóna, compensated for this. She was practically raised on horseback and her language was song. She knew a plethora of songs, just like her parents and passed them on to Doddi and his children. Júlíus and Jóna welcomed everyone with open arms and in a way tourism in Skorrastaður started in their day. They had a hand in raising many children, even if they only had one of their own and their home was a lively gathering place in the community.

Doddi and Thea started farming with Júlíus and Jóna in 1976. For most of that time they raised horses, sheep, cattle and pigs. These days it’s mostly horses and sheep, apart from the inevitable dogs, cats and chickens. Tourism and the horse trips is quickly becoming the mainstay of the farm and now Skorrastaður has become a horse riding farm. The whole family takes part in the running the farm. Their daugther Jóna and her family now lives at the farm and the other children: Alli, Sóley and Sunna all take part in the adventure. 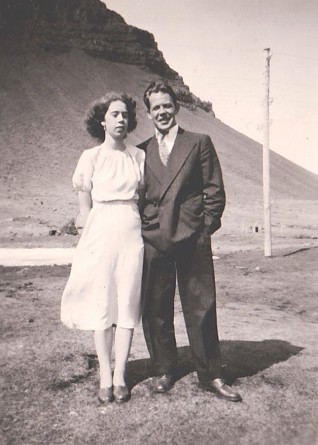 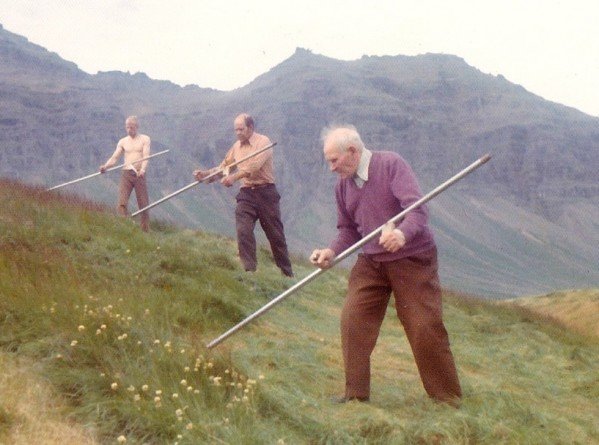 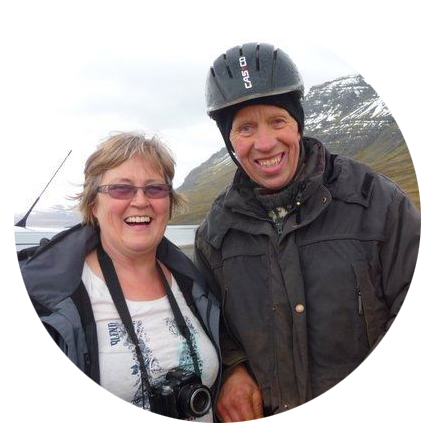 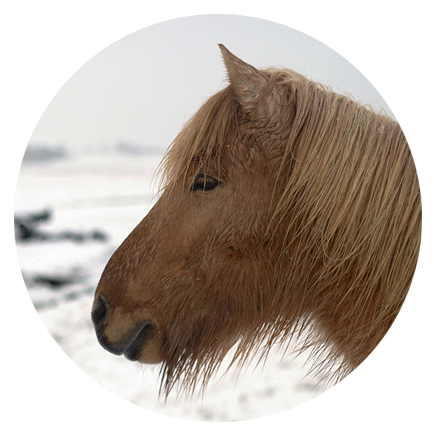